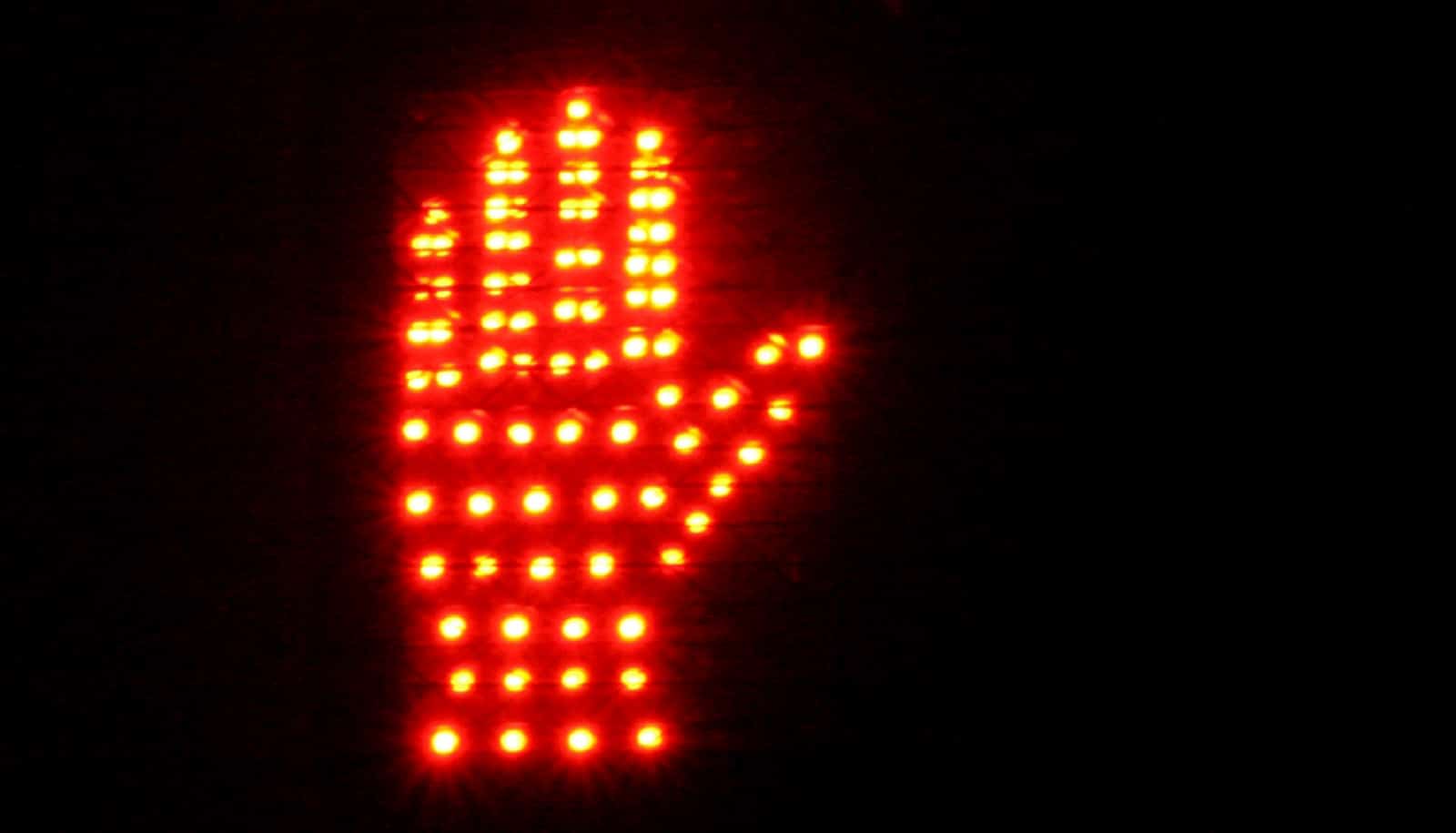 You are free to share this article under the Attribution 4.0 International license.

Researchers have developed a chemical compound that interferes with a key feature of many viruses that allows the viruses to invade human cells.

The researchers studied the compound, called MM3122, in cells and mice. It holds promise as a new way to prevent infection or reduce the severity of COVID-19 if given early in the course of an infection, according to the researchers.

“The compound we’re developing prevents the virus from entering cells.”

“Great vaccines are now available for SARS-CoV-2, but we still need effective antiviral medications to help curb the severity of this pandemic,” says senior author James W. Janetka, professor of biochemistry and molecular biophysics at Washington University School of Medicine in St. Louis.

“The compound we’re developing prevents the virus from entering cells. We are examining the therapeutic window within which the molecule can be administered to mice and protect them from disease. Our ultimate goal is to advance the molecules into an inhibitor that can be taken by mouth and that could become an effective part of our armamentarium of inhibitors of COVID-19.”

The new drug compound potently blocks TMPRSS2 and another related protein called matriptase, which are found on the surface of the lung and other cells. Many viruses—including SARS-CoV-2, which causes COVID-19, as well as other coronaviruses and influenza—depend on these proteins to infect cells and spread throughout the lung. After the virus latches onto a cell in the airway epithelia, the human protein TMPRSS2 cuts the virus’s spike protein, activating the spike protein to mediate fusion of the viral and cellular membranes, initiating the process of infection. MM3122 is blocking the enzymatic activity of human protein TMPRSS2. When the enzyme is blocked, it perturbs the activation of the spike protein and suppresses membrane fusion.

“The SARS-CoV-2 virus hijacks our own lung cells’ machinery to activate its spike protein, which enables it to bind to and invade lung cells,” Janetka says.

“In blocking TMPRSS2, the drug prevents the virus from entering other cells within the body or from invading the lung cells in the first place if, in theory, it could be taken as a preventive. We’re now testing this compound in mice in combination with other treatments that target other key parts of the virus in efforts to develop an effective broad-spectrum antiviral therapy that would be useful in COVID-19 and other viral infections.”

Studying cells growing in the lab that were infected with SARS-CoV-2, MM3122 protected the cells from viral damage much better than remdesivir, a treatment already approved by the Food and Drug Administration for patients with COVID-19. An acute safety test in mice showed that large doses of the compound given for seven days did not cause any noticeable problems. The researchers also showed that the compound was as effective against the original Severe Acute Respiratory Syndrome coronavirus (SARS-CoV) and Middle Eastern Respiratory Syndrome coronavirus (MERS-CoV).

“The majority of inhibitors of viral infection work by blocking steps of replication once the virus is inside the cell,” says coauthor Sean Whelan, professor and head of the molecular microbiology department.

“Dr. Janetka has identified and refined a molecule that stops the virus from entering the cell in the first place. As the target of MM3122 is a host protein, this may also pose a larger barrier to the emergence of viruses that are resistant to the inhibitor.”

“This compound is not just for COVID-19,” adds Janetka. “It could potentially inhibit viral entry for other coronaviruses and even influenza virus. These viruses all rely on the same human proteins to invade lung cells. So, by blocking the human proteins, we prevent any virus that tries to hijack those proteins from entering cells.”

Janetka and his colleagues are now collaborating with researchers at the National Institutes of Health (NIH) to test the effectiveness of MM3122 in treating and preventing COVID-19 in animal models of the disease. In animal studies, the drug is given as an injection, but Janetka says they are working to develop an improved compound that could be taken by mouth. He also is interested in developing an intranasal route that would deliver the drug more directly to the nasal passages and lungs.

The research appears in the Proceedings of the National Academy of Sciences.

Working with Washington University’s Office of Technology Management (OTM), Janetka cofounded a biotechnology startup company called ProteXase Therapeutics, which has licensed the technology to help develop the compound into a new drug therapy for coronaviruses, including SARS-CoV-2, the original SARS-CoV, and MERS-CoV. Janetka and coauthor Vishnu C. Damalanka are listed as inventors on two patent applications from Washington University covering these compounds. Janetka and coauthor Lidija Klampfer own stock in ProteXase Therapeutics, which has licensed the two patent filings.

Funding for the work came from Siteman Cancer Center; The Foundation for Barnes-Jewish Hospital; the National Institutes of Health (NIH); the Campaign Urging Research for Eosinophilic Diseases (CURED) Foundation; a Fast Grant from Emergent Ventures at the Mercatus 9 Center; BMBF RAPID Consortium; COVIM consortium; the country of Lower Saxony; and the German Research Foundation. Work with live SARS-CoV-2 was funded by a Burroughs Wellcome Fund Investigators in the Pathogenesis of Infectious Disease Award.

Share
Facebook
Twitter
Pinterest
WhatsApp
Previous articleInstagram boutiques are promoting garments from Shein, AliExpress, and Amazon
Next articleCVS Has Reportedly Launched An Investigation After Tammy Rivera Alleged She Was Racially Profiled By A Story Worker

Are you able to get excessive on nutmeg? A health care provider explains what it does to the mind